The Berklee Music Network is Being Retired
This site will become read-only, allowing no new posts, starting December 23, 2019, and taken offline on February 1, 2020. Questions? Contact support@online.berklee.edu. 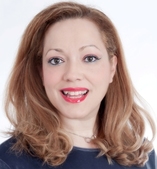 Filter Posts by: All

I have become a proud Latin GRAMMY – Pro Voting Member at The Latin Recording Academy® – The Latin Academy of Recording Arts & Sciences, Inc since 2018 with previous Membership as an Associate in 2017. My publishing and record label Blanjie Records Entertainment ® company is an official member of ASCAP, NMPA, RIAA, AARC, SoundExchange, registered with HFA – Songfile ®, I am also a very proud active Professional – Pro Sponsor Voting Member at The Songwriters Hall of Fame!
In Spain I am a member of SGAE as a songwriter and as an actress in Union de Actores de Madrid The Spain Actors’ Guild.

I have been very excited to learn more with Berklee Online on Fall 2017 Term in the Music Licensing course.
In 2018 I’ve become a represented Songtrust® -(by dmpgroup) member songwriter.
Currently since 2019 I have enrolled on the International Relations Degree student program in Barcelona Spain.